73-year-old Bill Godfrey is a retired courier driver, but instead of relaxing at home, he uses his free time to clean up litter in his community. The long time Brampton resident is determined to clean up his city and put an end to littering.

His passion started four years ago after witnessing a neighbour collecting garbage from the ravine behind his house. Godfrey had seen the garbage for years but didn’t pay much attention to it, until that day. “It was the aha moment,” he says. From there he would go on daily walks and collect what he passed along the way.

“Once I started it became an addiction"

Ramping up his one-man mission, Godfrey took on the Etobicoke Creek Trail and in 100 days cleaned up roughly three kilometers of litter from the creek and the wooded area surrounding it. Though he’s considered a senior, it didn’t stop him from hauling out picnic tables, shopping carts and barrels from the creek. “Once I started it became an addiction,” Godfrey says.

During the onset of the pandemic, Godfrey decided to take his clean up initiative to the next level. “Before it was just a visual thing and then I just couldn’t tolerate it…The more and more I get into it, the more and more I realize the importance of it.”

He started to post his collections on his Facebook page and, “People started noticing,” says Godfrey. He’s had multiple articles written about his efforts in the Brampton Guardian, Toronto.com, Brampton Neighbours and the City of Brampton. OMNI TV did a piece on him and a video is also posted on YouTube by City Studio Brampton.

The more and more I get into it,

the more and more I realize the importance of it"

He went on to create the Facebook group P.A.L (People Against Littering) which has garnered more than 550 members. He’s even managed to grab the attention and support of Star Metroland Media 2020 Urban Hero Award winner in the Environment category, Sheila White, founder of  The Litter Prevention Program. And while he and other volunteers canvas the city on a weekly basis cleaning it up, Godfrey says they’re, “Developing relationships and friendships.”  He says, “We think alike. Such a wonderful group that cherishes the wildlife and the environment. They are so much fun, so much fun.”

On January 21, 2021, Godfrey and three volunteers went to Kiwanis Memorial Park in Brampton and in one hour the group picked up 3,540 pieces of litter. The most common piece of litter he says, "Plastic bottles-tons and pieces of plastic."

"I want my dream to become the dream of a thousand people, or more”

Godfrey’s goal is to clean up and try to set an example for everyone to follow. He wants to, “Try to prevent the litter from occurring in the first place, eventually having a zero-waste society…Imagine a Brampton where others can’t litter because our citizens will get you because these are the citizens that have cleaned Brampton up and we won’t allow anyone do that…I want my dream to become the dream of a thousand people, or more.”

PMo · A Little on Litter 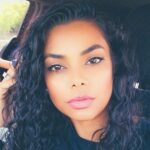 Virtual and augmented reality are not just things of the imagination anymore. Neither is A.I. something that only a small percentage of the population will ever interact with. With everything that was all just a [Read More]

This photo montage shows the different types of stretches for joggers. Jogging without stretching can lead to muscle cramps and, even worse, injuries. Each category of stretching must be done in proper order to avoid [Read More]

From Pandemic to Podcast

From Paper to Podcast: A Step by Step Guide From Your Home! Have you ever wanted to learn a new skill but haven’t had the time to do it? This is the place to develop [Read More]