The Chinese New Year is called “the Lunar New Year”. Every year the Lunar New year falls between January 20 to February 21 according to the Gregorian calendar. And this year, in 2023, the Lunar New Year falls on January 22. It is a holiday that sets the first new moon on the lunisolar calendar. And this lunisolar calendar is traditionally used by multiple Asian countries, like china, Vietnam, South Korea and Singapore. In all of these countries, the Lunar Near Year is one of the most important holidays of the year. As this holiday is considered to bring in complete luck and prosperity with the family, as Huang Li said,” we wait the whole year to celebrate this day. It is our culture because it brings us peace, richness and harmony. In China, back home it is a huge celebration.”

As it is celebrated by multiple Asian countries but this holiday is known by different names in different countries. In China it is called “Chūn Jié.” Every year China associates the Lunar New Year with an animal from the Chinese zodiac. It is believed that the 12 animals of the Chinese zodiac represents the passage of time and the cycle of years. It was the supreme heavenly Jade Emperor, who decided to dedicate each year with the name of an animal. 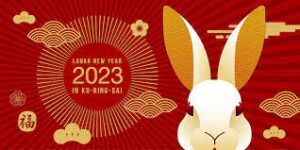 This year, the Lunar New Year signifies “Rabbit”. The rabbit is the forth sign in the Chinese zodiac calendar. Unlike most animals in the Chinese calendar, rabbits are known to be the luckiest of all the animals and also are considered to be calm, peaceful people with artistic and sensitive temperaments. The year of the rabbit was last known in 2011. But this time it is a year of the metal rabbit out of all the five elements (earth, fire, wood, metal, and water). And the last year known as a metal rabbit was 1963.

In china the festival lasts 15 days no matter when it starts. Chinese celebrate the Lunar New year with great joy. Black and white are considered to be omens which means evil. People wear bright cloths, especially “red”, as red is considered to be the lucky colour. The traditional Lunar New Year celebration have multiple traditions, l 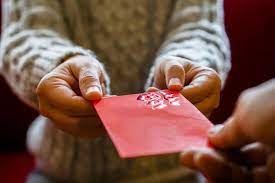 ike, red envelopes (people give each other red envelopes filled with money), sweeping of the grounds, family reunions, traditional meals, go sing oranges, no washing or cutting of hair, no cutting of noodles while cooking or eating. Melissa  Chén said,” in china we celebrate it with so much culture, there are dragon parades, multiple festivals but in Canada, there is not such a big celebration and we don’t get a 2 week holiday. But we do our our best. I make all the traditional meals for my family. We give the red envelopes to the relatives and kids. We clean the outside of the road and other things that we can still do. Also in Toronto, in the China market. There are parades that people can be a part of. So we try to do that as well.” So there are multiple things people can still do while being in canada.