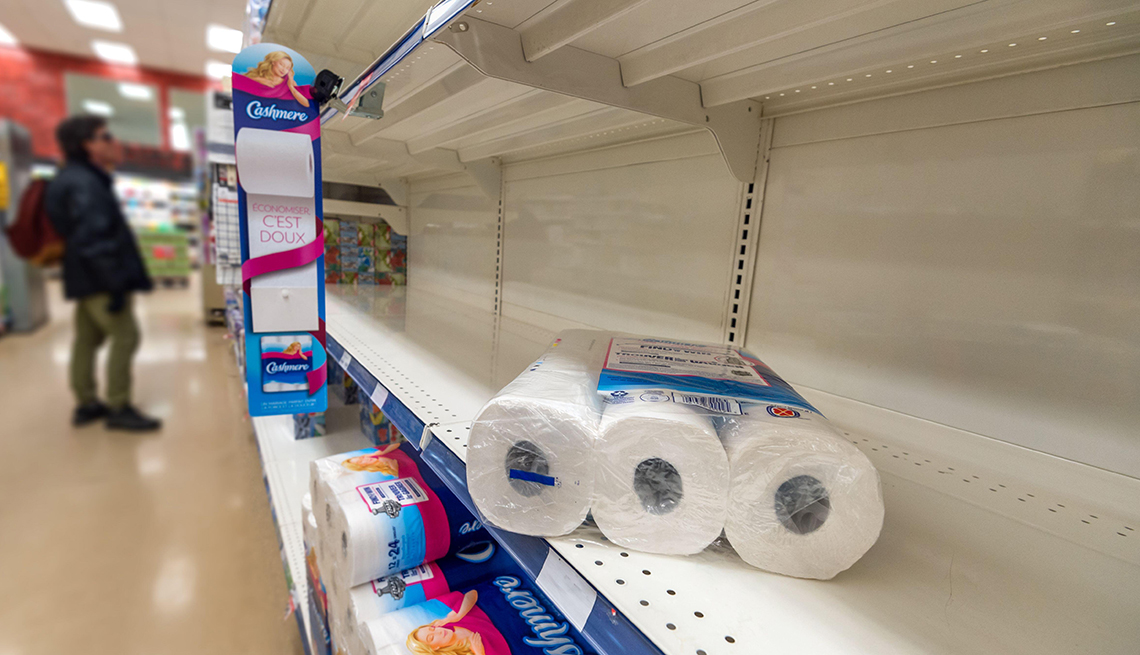 The COVID-19 pandemic and subsequent lockdowns created mass hysteria amongst thegeneral public and panic buying ensued. Everyday items like pasta sauce and toilet paper werequickly disappearing off the shelves causing a shortage in your local grocery store.I interviewed Vanea who works at a graphic design agency in Toronto. She is responsible formanaging North American accounts for companies such as Conagra, Campbell's, Unilever andMondelez. One client in particular, Royale, would see their toilet paper flying off the shelves inpopular demand. "In order to help manage and keep up with consumer demands we have beenforced to design packages faster to make sure they get to the printer quickly", she remarked. Itwas all hands on deck. People committed to working overtime and do what they could to helpget Canadians through the lockdowns. I asked her if clients tightened the budgets during thepandemic and her answer was this "clients tend to spend more" "they tend to capitalize moreand spend money on innovations that people want but don't necessarily need". Humanbehaviour generally dictates that people seek out comfort and ways to sooth themselves andtheir fears during times of unrest, whether it be a recession, political unrest or a pandemic likeCOVID-19. Product innovations became especially popular. Once restaurants were shut downand people were forced to order take out or eat at home, people were more open to tryingnew things. New pasta sauces, healthier salad dressing options and frozen meals launchedfaster than the typical timeline would dictate. Other indulgences such as Tim Horton's icecream and cereals launched during the pandemic. Design studios and printers were kept busyto ensure that they kept up with demand.Alcohol and Cannabis sales increased by a large margin as well during the pandemic. Peoplewere looking for ways to manage their stress during times of uncertainty.Vanea's Canadian Alcohol Beverage client quickly briefed product innovations that would rivalproducts such as Smirnoff and White Claw. What would normally requires a 6-8 month timelinewas getting designed and released to printers in half the time.Cannabis suppliers also struggled to keep up with high consumer demand. More and moreindividuals are seeking out other ways to use cannabis without necessarily smoking it.Innovations such as gummies, beverages, cookies and chocolates became especially popular asan alternative to a typical pre-roll or an Alcoholic beverage. Now that the pandemic is moreunder control the stress of keeping up with high consumer demand has lessened. Vanea'sremarkable tenacity and resilience during the pressure of keeping up with consumer demandshas paid off and is an achievement she should be proud of.