MLSE is the parent company of the Toronto Maple Leafs, the Raptors, the Blue Jays and Toronto FC. Most people are aware of the teams run by them, and while one way to support them is wearing their colours and cheering at the games, Tyler Matute had other ideas.

Matute is fresh out of school. Graduating from Brock University in 2021 with a bachelor’s degree in sports management. He was taught the skills and life of the behind the scenes workers for various sports organizations. “Brock taught me a lot, it was a great program…I made a lot of connections through the program.” Coming out of school Tyler was able to secure a job as an account executive at MLSE. 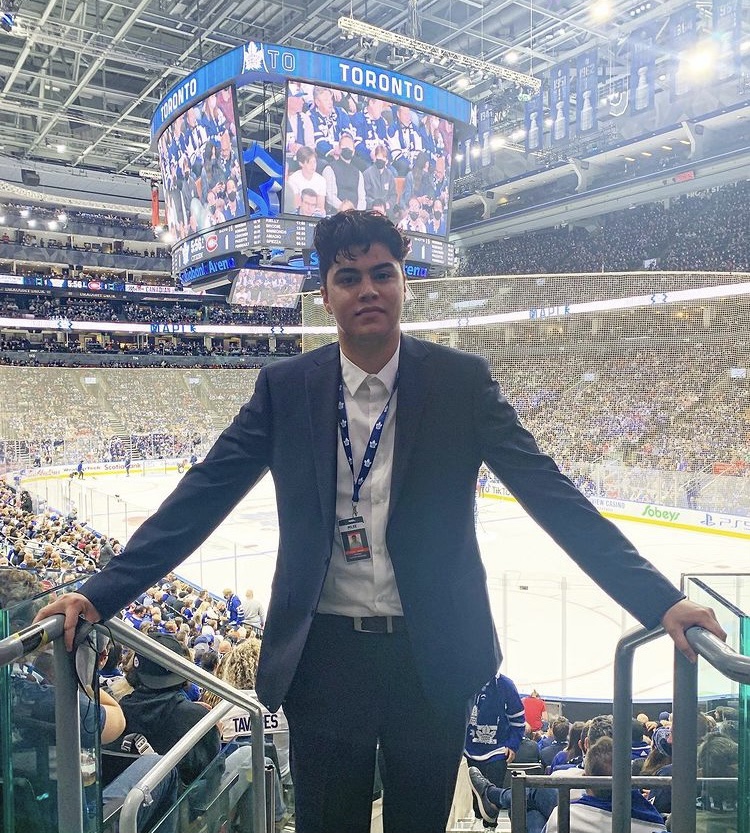 Matute grew up a sports fan and knew from a young age he wanted to be involved with sports in some way when he grew up. When he was still in high school his parents and him sat down and created a plan to get him into a sports program after graduating. After going through the program, he managed to find a job rather quickly and that is where he finds himself today.

As an account executive, Tyler interacts with a number of clients and is involved in the sales of season ticket packages. “There is a lot that goes into it. It takes a lot of work to keep the machine running.” Matute has mainly been involved with Toronto FC’s ticket sales but he is involved with some of the other teams as well. He said it’s a different perspective. Although he isn’t playing, he is still part of the team. In his first year with the company Matute was near the top in Toronto FC membership renewals, a task made that much harder due to all the complications from Covid-19. “I couldn’t meet a lot of my team members in person for a long time because of the pandemic.” Now that his team is back in office, they are more stable, seeing ticket sales normalize, and are looking to expand on their recent success.

Growing up a sports fan, he understands the wants and needs of his clients and he uses that to bring people back to the games yearly. At just 22 years of age, Matute has got a quick start in his dream field, and while he enjoys his current job he is always open to new opportunities that may present themselves. He is super enthusiastic and tries to go to as many events as he can, which is made easier since his office is located right outside Scotiabank Arena. Raptors forward O.G. Anunoby even surprised his team with donuts last year.