A showdown between the finest middleweights Europe has to offer the UFC, was set to take place April 10th. Italy’s Marvin Vettori, vying for top contendership against England’s Darren Till. Israel Adesanya, the current champion at 185 pounds, has history with both fighters. Vettori represents a debut in the organization for Adesanya, a split decision win that has left a bitter taste in the Italian’s mouth. Vettori has been adamant that he was robbed by the judges, and that a rematch must be scheduled. Much to the ire of Adesanya. As for Till, the champ has expressed interest plenty of times in duking it out with the Englishman, sourcing his extraordinary standup ability as the reason for his intrigue. High stakes is not exactly foreign in Las Vegas, but for these two men, the importance of this moment was not something they could brush off. Unfortunately, Darren Till suffered a monumental setback. A broken collarbone forced him to pull out of the main event. Vettori was left without an opponent, and a chance to showcase his game. That was until Kevin Holland, the number 10 ranked middleweight stepped in on short notice. 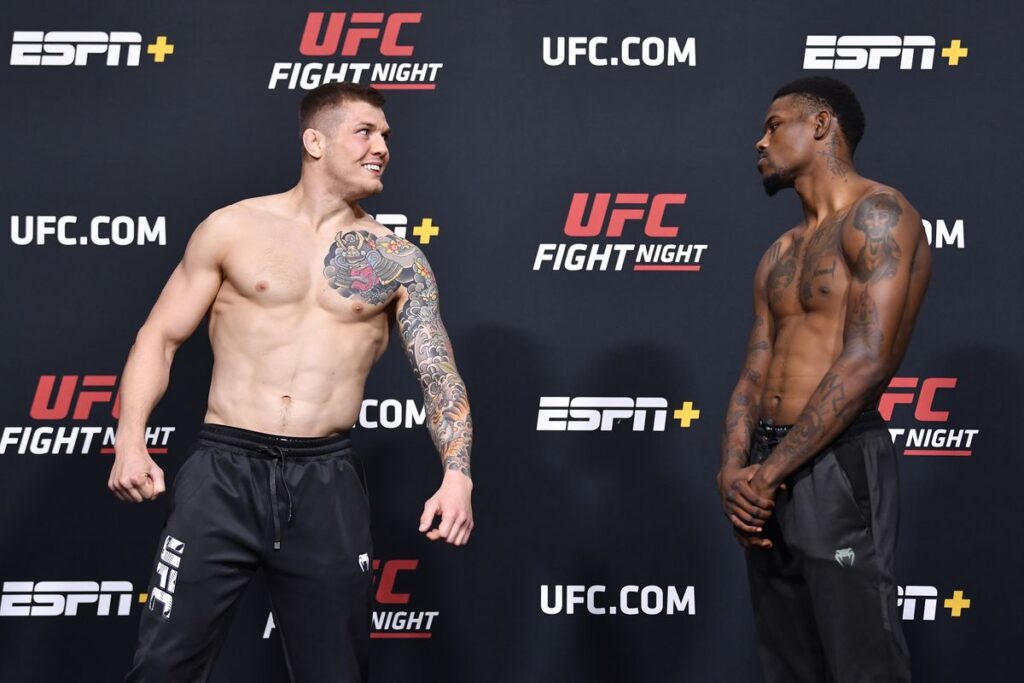 Marvin Vettori and Kevin Holland face off prior to their matchup.

Strangely enough in the lead up, Holland who is notorious for his brashness and trash talk, suddenly morphed into a stoic professional. It seemed that all the pressure was on Vettori. A -340 favourite over Holland on most betting platforms, was dealing with a fresh enigma to solve, after preparing extensively for Till. Holland for all his eccentricism, is a tremendous talent and with nothing to lose, the threat of an upset was a real possibility. At least to some pundits. However, all the concerns ended up being put to bed, as it was the versatility in Vettori’s game that shone on the night. The Italian landed multiple crosses when he stood with Holland. Slid in and out of range from the lengthy Holland, eventually getting his grappling going. Round after round, he dominated with the takedowns and control time. The performance broke the middleweight record for takedowns landed with 11. Vettori’s conditioning was excellent, as it is very difficult to wrestle for 25 minutes. But he did so with apparent ease, and proved why he is solid in every facet of mixed martial arts. 50-44 across all 3 judges scorecards awarded Vettori the dominant victory. 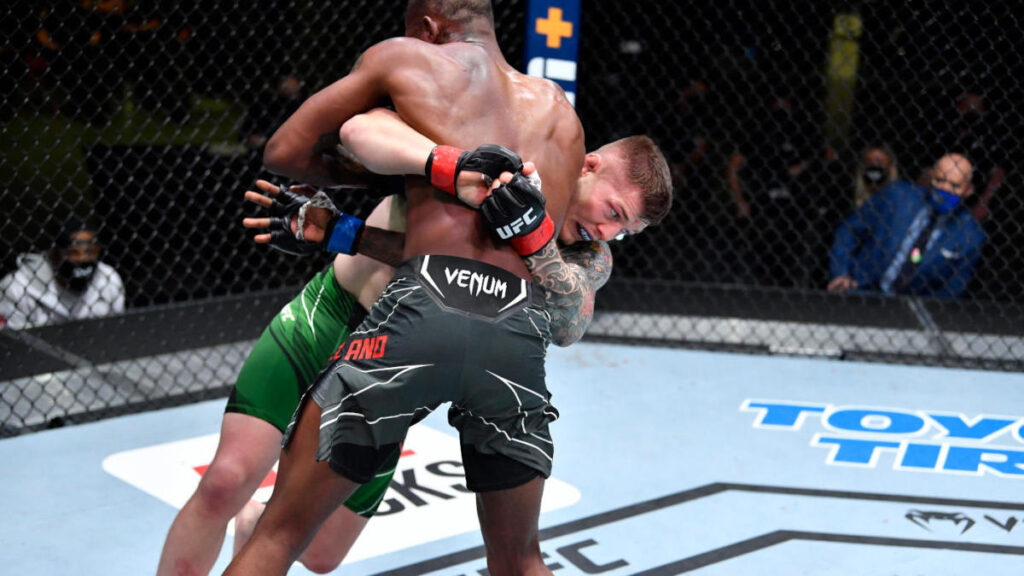 Marvin Vettori landing one of his record breaking 11 takedowns during the fight.

It is difficult to project the future at 185. The reasons being Vettori’s original matchup against Till had far greater ramifications. There is also the elephant in the room which is Robert Whittaker. Should he be successful against Vettori’s teammate at Kings MMA, Kelvin Gastelum, then it will be undeniable that Whittaker deserves the chance to recapture his place atop the middleweight division. Yet and still, Vettori was absolutely emphatic and primed for the rematch with Adesanya following his win on the 10th. “I want Adesanya next, I want to fight him. I think I deserve it, I have the longest win streak right now. I put on winning performances, dominant performances, I want this title.” There is no denying that Vettori is on the right path, and the dream is still in sight. But it is hard to see him getting the chance just yet. Darren Till will be back and he is also on a shortlist by virtue of his ability and popularity. Even Paulo Costa, the Brazilian bull that Vettori called out before, is without an opponent. That seems to be the ideal matchup, that gives both fighters the best chance at swaying the UFC into giving them the next opportunity at gold. All that is for certain now, is that Marvin Vettori is safely ensconced as a premier fighter in the organization. 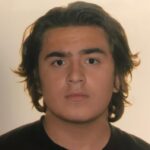