For fans of the classic movie series Ghostbusters, this weekend at the box office was a very welcome one. Director Jason Reitmer brought back Bill Murray, Dan Aykroyd, and Ernie Hudson from the original 1984 movie for a 2021 refreshing remake, Ghostbusters: Afterlife. Fans seem excited with mostly positive reviews, as many have talked about a “nostalgia”, and “vintage” feel from the trio’s new performance. The movie also features stars Paul Rudd and Finn Wolfhard. On just this weekend’s premiere, Ghostbusters pulled in a whopping $44.0 million dollars at the box office, which is a very successful premiere compared to the other movies in this week’s top 3. 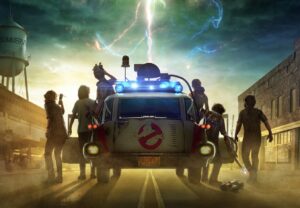 Coming in at number two this weekend is Eternals, a Marvel production by director Chloé Zhao. The movie has a very diverse cast, and goes deep into Stan Lee’s fictional universe, including a large number of Marvel Universe characters. Some of the stars in the movie are Angelina Jolie, Kit Harington, and Harry Styles, the big names that helped make this movie number 2 on our list. So far Eternals has already pulled in more than $135 million since its premiere, but this weekend it comes in at number 2 after making $11.1 million dollars. Rotten Tomatoes gave the movie their worst score ever for a Marvel production, and on IMDb it got a 6.8/10. Critics are very noticeably coming down on the film, and one of the reviews by Vanity Fair even read  “There’s no life in Eternals”, but fans are saying the harsh critiques from experts might have to do with the misogyny of the film industry, where female directors, especially in superhero movies, receive excessive scrutiny for their productions. This is the first film by director Cloé Zhao since she won an Oscar for the 2020 drama Nomadland, and with harsh critiques from the industry, Zhao’s new film is receiving a mixed reaction from fans, as user reviews on IMDb and Google show different opinions across the board.

And to finish off this week’s top-3, the third movie making the most money at the box office is Clifford the Big Red Dog, directed by Walt Becker, racking in just over $8 million dollars this week. The movie also brings in some “nostalgia”, as for many of the young adults in North America, the 2000’s TV show Clifford the Big Red Dog was a big part of their childhood. The cast of the movie includes 14-year old actress Darby Camp, and Jack Whitehall as well. The budget for the movie was around $64 million dollars and so far it has brought in $33.5 million in gross revenue over the two weeks since it’s been released.

The film industry is enjoying a nice growth in numbers from COVID-19 reopenings, as, by September 2021, global box office numbers have already surpassed all of 2020’s movie revenue. If the trend follows on, box office numbers could be 80% higher than in 2020 by the end of the Holiday season, as a 2021 Matrix and the new Spiderman are set to release by mid-December, bringing in even more money to the sector.