Anastasiya Ivanova is a regular shopper at vintage clothing stores. She says reusing clothes contributes to a circular economy.

Textile production releases 1.2 billion tonnes of greenhouse gases every year worldwide. According to a recent Canadian study, clothing causes up to 8% of greenhouse emissions. That’s more than what international flights and global shipping cause.

Many consumers don’t realize, clothes are often made from petroleum, which is hard to recycle. In fact, the fashion industry is responsible for 20% of the global wastewater in the world.

For Anastasiya, nothing is more in style than healing our environment and economy. The best part for this young journalist? You look fantastic while doing it.

Their mission is to take care of each other and our planet.

According to studies, filtering water is proven to remove bacteria and beats bottled water with no added minerals. Also, filtered water can reduce chlorine and improve the taste. Taking care of plants elevates our moods, lowers stress and anxiety, and improves indoor air quality.

By donating toys, he doesn’t play with, Aiden is learning how to care for others. By sharing he makes friends along the way. Anastasiya believes that caring for the environment is not just a mission that takes immense effort.

It is a fulfilling lifestyle that anyone, little or big, can embrace with love.

The textile industry creates 92 million tons of textile waste each year around the world.

How does this look? Imagine a garbage truck dumping only clothes on a landfill… every second of every day.

A recent study by the Canada-based Ocean Wise Conservation Association says microfibres are polluting our oceans.  Microfibres are found in seafood that humans eat. They are also found in almost every marine mammal in depths up to 1000 meters deep.

Anastasiya Ivanova, an environmentalist with a love for fashion, is on a mission to see these numbers drop if more people buy into vintage clothing.

From Seneca to Artevelde

Let’s head to Belgium to see how local initiatives, an ocean apart, are contributing to a global circular economy by designing out waste, repurposing or regenerating.

Children’s toys and clothing are part of our world’s economy. But seeing as children grow fast and their clothes don’t grow with them, the clothes go to waste. That is what Annelies Rentmeesters and her sister Hannelore, want to change.

In 2018 they started up their vintage shop ‘Zusse’, focusing solely on Children’s items. It’s a cozy space with ambient lighting that gives of a relaxing vibe. The shop finds itself in a small alley in the city center of Ghent. And although not a lot of people pass through said alley, ‘Zusse’ can count on some loyal customers. Hendrika is one of them: “It’s my fourth time shopping at ‘Zusse’, and it hasn’t disappointed yet!’” And it’s also the customers that bring in the most clothing their children don’t use anymore. Annelies and Hannelore hand-select each piece of clothing and toy, so that only quality items get sold.

Because Annelies and her sister started their initiative in 2018, they had to experience Covid-19 only two years into their journey to help the world through a circular economy. And the challenges don’t stop there: Annelies became a mother to a son in 2021. Therefore, she can only work part-time in the shop, until her child can go to school.

But that doesn’t stop the sisters from trying to better the world. Annelies gives answers to the questions “How?” and “Why?” in this Natural Sound Story. She also explains how they conquered Covid-19 and who inspired them to care about vintage clothing.

Two Sisters And a Dream

Of course, their story does not begin in 2018. Economic and ecological thinking is something they have been raised with.

Best friends since birth, Annelies and Hannelore have always been close-knit. They were both working in retail stores at the same time when an idea hit them. “We are here from opening till closing, we do basically everything, why work here when we could run our own store?” And that is what they did. For the sisters, it was a childhood dream come true.

They started looking for venues in Ghent, but did not find anything suitable, until one day they saw an empty building across from one they were visiting, and it was love at first sight.

Their idea was simple: selling used children’s items. “With children’s clothes it is almost never the clothes that are worn out, but the child that has outgrown them,” Annelies says. “It would be a shame to throw them away, here they are given a second life”.

Through all the good and hard times, Hannelore and Annelies had one other person who always had their backs, their mother. She gave them a loan to start the business, so they would not need to go to a bank. Her faith got rewarded, because now, four years later, the store is still flourishing.

Underneath is the story of Zusse, portrayed through pictures.

De Vrieze and his team examine how long certain fabrics last, how resistant they are to rain, how much sunlight they reflect, and so on. Just about everything there is to test in textiles is examined by De Vrieze in a laboratory at UGent in Zwijnaarde, Belgium. The lab is full of strange-looking machines, all kinds of fabric lie on large shelves and researchers in white coats are busy with all the different samples.

De Vrieze himself is a fond re-user of clothing and other products. He is therefore supportive of businesses such as Zusse. “Any initiative for more reusing of materials, products, clothing, toys, whatever products, is definitely a good initiative,” says De Vrieze. Also, because it can help shift the attention from recycling to reusing.

The researcher got his laptop to give us the most up-to-date data on global textile production. About 120.000 tons of textiles are being produced every year. Only about 8% comes from recycled materials. Of course, this has a big impact and every initiative trying to reduce this huge pile of waste should be supported. But De Vrieze also warns of two important threats: quality and safety. Textiles can lose much of their quality through washing and wearing. While out-of-date toys may contain products that are banned in the EU now for safety reasons. 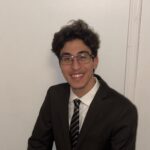 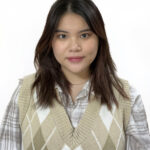 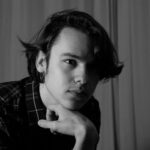 Big talk explores social and individual issues like homelessness, unemployment, health. All from the victim’s perspective. The First Episode is about COVID-19 long Haulers. I talk with Jacqueline Powell Laurie, a respiratory nurse at a [Read More]

Think Outside The Box

Kieran Alkerton is the founder of Crisper Kits. During the COVID-19 pandemic, he’s been working at food banks and donating meal prep kits. What shocked him most, has been the amount of plastic used. Each [Read More]

Is $2000 A Month Enough To Live Under Quarantine?

It’s been almost a month since Premier Doug Ford declared that only “essential” businesses will remain open during the COVID-19 quarantine, while everyone else must remain home. Canadians are adapting to these changes including transitioning [Read More]