While Bell will not confirm how many have been terminated so far, the number has grown to over 200 staff within on-air, newsroom, and sales positions. Most notably, these layoffs come from Newstalk1010, its sister company CJAD, and CTV News, with Tom Brown, Anwar Knight among the many, a part of the cuts right here in Toronto.

Well this week is certainly ending differently than I anticipated. On Wednesday afternoon, over the phone, in a span of 2 minutes I was told “your services are longer needed. Thank you for your contribution.”
Yes, I got the call and was one of the many people that were ...(1/10) pic.twitter.com/vhpa9gMeBk

After 22 years of Passion on @CJAD800 it is time to say goodbye. The powers that be are restructuring their evening lineup. It’s been a great run. No regrets, just gratitude. Thanks to all my loyal listeners for their support ❤️❤️

The significant labour purge has groups like The Canadian Association of Journalists, and Unifor, the union representing some employees, fighting back. While the argument can be made, that since the beginning of the pandemic there has been a loss of sales which continues in the present or that much of Bell’s audiences are turning away from broadcasting and going towards streaming, as the cause of these layoffs. Since the beginning of the pandemic BCE (Bell’s parent company) has collected, $122.8 million dollars from the Canada Emergency Wage Subsidy (CEWS) program, making it one of the biggest beneficiaries of CEWS.

President of Unifor, Jerry Dias says “we are witnessing a severe reduction in the news media that Canadians rely on every day, by a company still making good profits”  adding that BCE has allowed shareholder dividends to increase by 5.1%, while cutting jobs across Canada.

When asked about the recent layoffs Bell’s director of communications Marc Choma says, "There are further changes in roles, including some departures, reflecting Bell Media's streamlined operating structure” adding “as the media industry evolves, we’re focused on investment in new content and technology opportunities while also ensuring our company is as agile, efficient and easy to work with as possible”. The Canadian Association of Journalists has since condemned all layoffs conducted by Bell and its parent company, because most, if not all employees were left in the dark and let go without proper notice. CAJ president Brent Jolly says “These are dark, devastating days for Canadian journalism". Jolly added that "Companies like Bell need to be held accountable for their decisions, including asking for massive public subsidies and then turning around and eliminating journalists' jobs."

Could This Of Been Predicted?

Upon digging deeper, it seems both data sets from each are correct, what seems to have changed is nature of journalistic employment in Canada. While there seems to have been an increase in (self-employed) freelance journalists, those working permanent full-time positions seem to be decreasing. In the 2000s, close to nine thousand journalists held permanent full-time positions while close to ten thousand were freelancers. While these numbers show freelance positions as dominating, it does not compare to the most recent numbers in 2017. Seven thousand journalists were employed full time and a close to eleven thousand were freelancers. That number has increase since then showing, that now more than ever the uncertain times that lay ahead of all journalists. 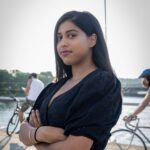