Canada is ranked second in the world, across 32 countries, for cocaine use – according to The Global Drug Survey 2019, led by Dr. Adam Winstock.

Reason being he has found, the cheaper price of cocaine in Canada with about $85 dollars per gram, compared to the rest of the world with an average of about $120 dollars. Why is that significant? Because cheaper prices for drugs in Canada, legal or otherwise, mean comparatively easier access as well. 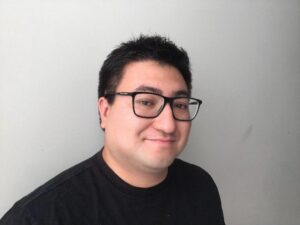 Hunter Hamilton, a fourth-year Radio Broadcasting Journalism student from Seneca College, agrees. “I remember trying weed for the first time at a high school party. And that was a hit of a bong, and a crazy experience to say the least,” he says.

Whether it is in Canadian high schools, College and University parties, or the use of fake identification cards in elementary schools, drug use has become a poisonous hobby nationwide.

Now we know the use is high, but why?

“I started getting a little sick, but at the same time, I remember getting fascinated with the high feeling because I always looked up to Rockstars as a kid, and I kind of saw that as rebellion,” Hamilton adds.

Peer pressure was a major contribution in Hamilton’s access to drugs. But society looks at drug users and passes on judgement rather too easily – because though there is nothing simple about peer pressure, addiction and general drug-use come with layered individual users, according to Toronto Psychotherapist Lucie Costin-Hall.

Canadians and Ontarians in particular, have much deeper root causes to their pain and the temporary balm they seek in using drugs, she suggests.

“Drug addiction, the use of drugs, or going to drugs and alcohol or both, is really due to the fact that people are feeling in some way inadequate and incomplete. They feel hurt, woundedness, and they may not be able to identify what their problems are, but they feel there is something that is broken inside. They have lost connection, perhaps. And so, drugs and alcohol are used to medicate and find some respade from the pain,” Lucie adds.

We discussed drug use within Canada’s general public, in the beginning of this article. But it is pivotal to note that this nation is a product of colonialism.

Canadians carry the hideous history of a cultural genocide and ethnic cleansing that continues to be implemented on the very people who are founders and rightful owners of this land – the Indigenous peoples of Canada.
Lucie Costin-Hall says she lives next to the biggest reserve in Canada, the Six Nations, with prior experience working with drug addicts from the Indigenous communities. 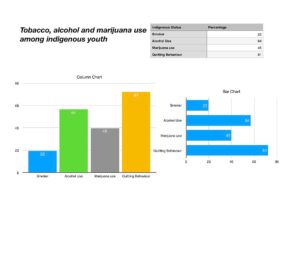 “There is a cultural genocide that took place amongst the Indigenous people, and we are living with the people who are struggling to survive it. Many of them live in deportable and isolated communities with no resources and social unrests; including those within families, society, and communities, as a result of the cultural genocide – and that is what we are watching and they are experiencing now,” Lucie adds.

Indigenous or not, all Canadians have been stung by the bee of drugs – putting it lightly, that is.
So, what is or are the solutions?

Members of the Indigenous community “have to be empowered to heal and that empowerment has to come from within them. Money will help, but their hearts and souls, and society needs to empower them as well,” Lucie says.
As for the rest of Canada, Lucie says “we have to heal as they do. We have got to come together as a society in a more compassionate and empathic way and help one another.”

Hunter Hamilton on the other hand, suggests that “(The government’s) legalization of some drugs, makes it really hard to tell kids and young adults ‘no.’”

Using any measure of force he says, is nearly impossible – especially considering the economic profits of drug use in Canada. Instead, Hamilton’s solution is that “more education should be developed.”