Starbucks plans to close about 300 of its stores by the end of March as part of a five year ‘transformation strategy’ in response to changing consumer habits over the pandemic. The company says it plans on accelerating the process and hopes to complete planned store closures by the end of March.

Some stores are permanently closed in Toronto and are now being widely replaced by Indigo book store locations in partnership with Canadian born coffeehouse Good Earth.

“We look forward to providing Indigo guests across the country with a place to gather and enjoy a cup of coffee and some good food,” Nan Eskenazi, Founder of Good Earth Cafes Ltd said in a news release.

But, it’s not all bad news for Starbucks lovers. Good Earth will be replacing only vacant Starbucks locations, while the rest of the locations are set to reopen as part of the transformation strategy. The pandemic has made most people adapt to the idea of picking up instead of dining in and the strategy focuses on just that. The reconstruction will focus on opening new drive thru locations, expansion of delivery and open a series of curb-side pick up locations. 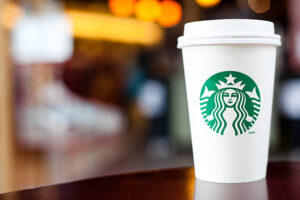 Starbucks said the changes will help the coffee chain “best meet our customers where they are now.” While Starbucks lovers can breathe a sign of relief, Starbucks employees on the other hand believe that they’re treading on thin ice.

“I have a job now, I don’t know if I will have one tomorrow. I have so many bills to pay, and being an international student doesn’t make it easier you know.” says Abhishek Mathur who works at the York University Starbucks location.

Pankhul Bhatia another employee working at the same location says, juggling between work and studies he barely has the time to look for another job. “I am just living through it one day at a a time, as of now I am saving to pay my next semester’s fees.”