Premier Doug Announced at a news conference on early February 14 that the government is up to lift the mandate of the vaccine passport at the beginning of March if public health and health system indicators continue to improve. This second phase of  the reopening plan was originally schedule for the 21st of February but it has come earlier than expected.

The Ontario Government is moving forward with the reopening plan and during the conference, the premier assured that the lifting of the proof of vaccination was followed by the suggestion of the Health, Dr. Kieran Moore
And that it has been possible due to the changes that have taken place in numbers and statistics during the omicron wave. 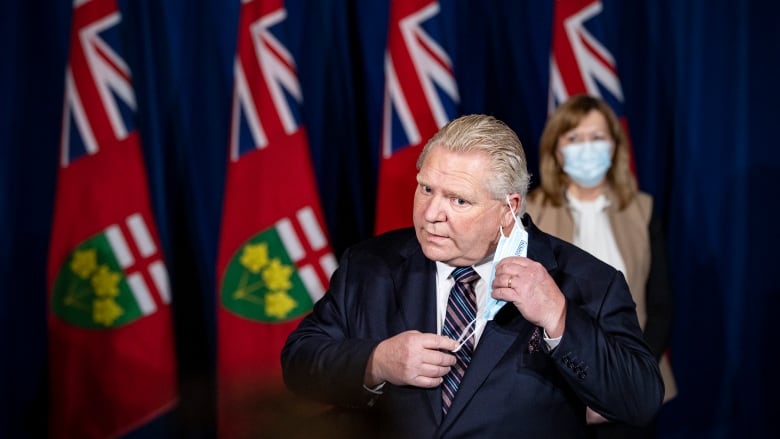 “At the peak of Omicron wave. Over 4000 people were hospitalized with Covid-19 in Ontario. That number has now dropped to 1500. 12% positivity hit. Highs of nearly 40% in early January” said the Premier Ford

“Ontario is approaching the time when the restrictions can be safely removed” said the premier “While we aren’t out of the woods just yet we are moving in the right direction.”

After that, the premier said that, from  february 17 till march 1st  they “will remove all capacity limits”  with some exceptions. The “sporting events, concert venues, and theaters” will be keeping a 50% capacity.
Those public places with higher risks of infection such as “nightclubs, restaurants with dancing, bathhouses and sex clubs” will be having an indoor capacity of 25% and proof of vaccination will remain as a requisite.
As for “Social gathering” the limits will increase to “25 people indoors and 100 people outdoors”. And for the organized public events the increase will be up to “50 people indoors with no limits outdoors.” These capacity limits are intended to be eliminated by March.

“We can take this step now. Because of each and every one of you”, the premier said “we will need to keep masking in just a little bit longer” Affirming that, these security measure will make the reopening plan safer for everyone and easier to proceed with.

It is also important to say that businesses will have the liberty to choose to ask for the vaccine certificates after the vaccine passport is lifted.