41 years old Marlon Morgridge is a community worker. He started at Frontlines in February 2019. Marlon completed his diploma from George Brown College in Social & community services. In 2014 he completed Music Production course from Seneca College. He said he was lucky to have second chance in his life so that he could complete his graduations.

At frontlines he contributes to make a change and make leaders who then become capable to lead youth in such communities. Marlon has tough childhood and some bad experiences. He joined frontlines as an adult which shapes his life in a different way. He manages to complete graduation and study his passion from Seneca.

Due to his passion for music, Marlon created a rap song called "They Watching" which is contributed to thecommunity. The lyrics desribes how in every situation someone is observing you.

Marlon was featured in a number of urban hip hop DVD's from early 2000's. He was featured as UnsignedHype in Excess Magazine in 2011. He recently registered his Non-profit organization "The Morgridge Foundation".

Marlon believes that there are probably many children like him out there, he wants to change their life by providing something from his experiences and make a difference in the community. He said his next step is to build a foundation where everyone can reach out and get a help. 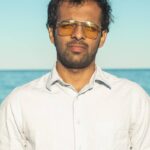