What was the name of the program when you came to Canada?

How was the first experience in Canada?

How has been your experience in Deciem?

How you made you professional networking?

How do you feel right now?

LOOKING FOR A BETTER QUALITY OF LIFE

Canada has always been a country that welcomed people from other cities, religions and cultural backgrounds. According to Statics Canada, the country accepted 341,180 permanent residents last year. Several families, couples and students came here looking for a better quality of life. The country is well known for better job opportunities, good health care, good quality of education and higher options to accomplish your dreams comes true.  I had the opportunity to meet Manuel Fadrique, he is one of those immigrants that arrived in Canada in 2014, looking for other job opportunities in his carrier. Nowadays he is the head of the creative group on a company named DECIEM, he found love and he is having a big-time in his personal and professional life. I invited him to help me with this little interview because I wanted to know more about his experience as a European man that is a case of success in Toronto. (Papers and procedures are different depending on what country you come). 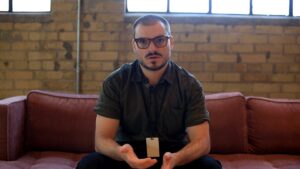 Fadrique is from Europe specifically from Spain-Castellón, he is 36 years old and studied motion graphics and video post-production in his country. Before he decided to come to Canada, he was working as a server in a city named Málaga in the south of Spain, he was having a chill life living near the beach and with no worries but at that time he questioned himself about not been working in what he studied. He started looking at what are the papers to come to Canada and found a program that is called "International experience Canada". This program allowed him to apply for a work permit and started his new chapter in life in Toronto. In the beginning, with not the best English level he started working in restaurants and coffee shops, that helped him a lot to improved "now I'm laughing but at that point, it was a priest like but the experience for me because I have to admit that when I came here to Canada my English level it wasn't the best,  I understood you know like in life sometimes you have to pass through those like a little bit awkward, dramatic or awkward situations to get one day is better". He had several ups and downs during those first 6 months but at he said: " as advice just be prepare and be willing to be doing anything to start from zero, if you keep working hard I know at the end you will get that opportunity because I did get it." 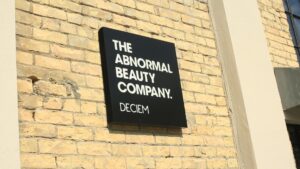 After 6 months Fadrique started looking for freelance jobs in motion graphics and video post-production until he found an angel in his way who was the owner of DECIEM that at that time was a startup. He had an interview with him, they loved his job and charisma and he got the job. He never imagined he was going to be part of a company that nowadays is multinational. Until now DECIEM is family for him, he is always learning and working hard giving the best of him to the company. DECIEM has been "the best professional experience that I ever had so far ". Fadrique is trying to figure out how it's going to be the new normal after the pandemic, but for now, he is happy with his fiancee, preparing his wedding that would be for next year and he continues his dream of having his brand one day.

Case of success in Toronto