Activists have blocked 15 Amazon warehouses across Europe. Amazon has long been criticized for the extreme wealth of its founder compared with the work conditions of its everyday employees.

This campaign has been coordinated by the Extinction Rebellion a global environmental movement that uses “non-violent direct action to persuade governments to act justly on the climate and ecological emergency.”

The organization first made their presence known on global stage by a sit-in protest at the UK Greenpeace headquarters. Since then they have expanded to 35 countries worldwide.

Previously this year over 600 Amazon workers signed a petition committed “to the reduction of pollution in communities of colour and reaching zero emissions by 2030”.

A warehouse in Tilbury had its entrance blocked by “Space cowboy” that resembled Jeff Bezos riding his space shuttle. 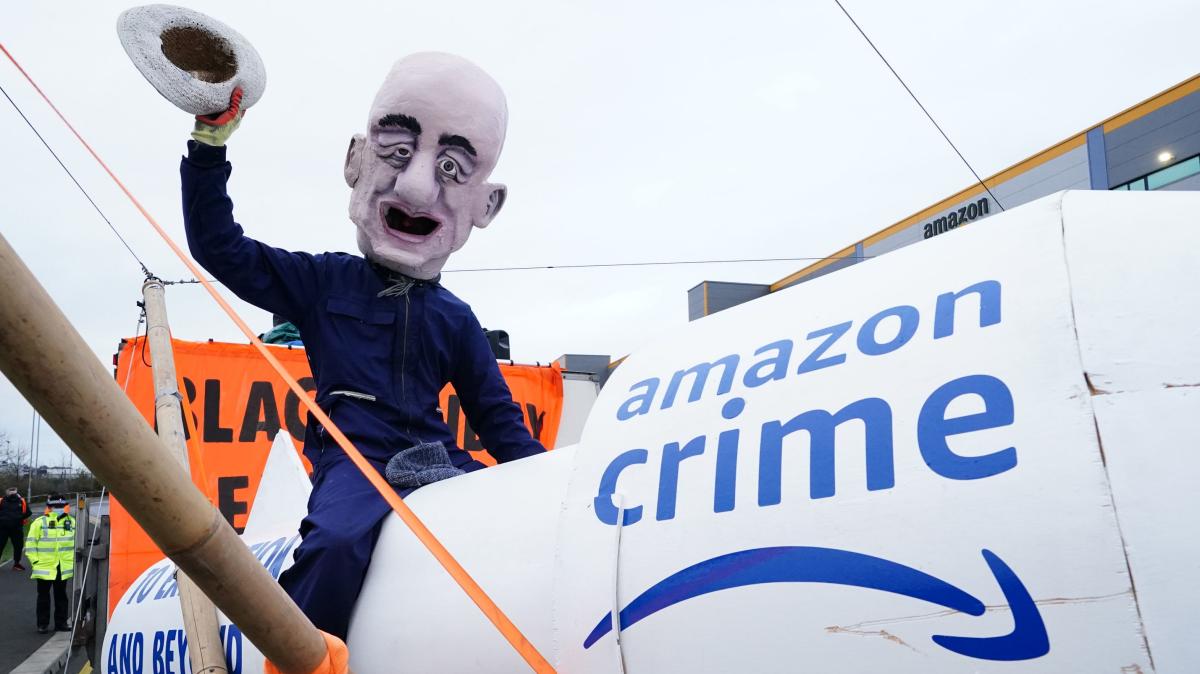 Another development in Germany caused by the the recent public outcry is 2,500 employees from the Rheinberg, Koblenz and Graben shipping centres went on strike, according to ver.di (Vereinte Dienstleistungsgewerkschaft)  the second largest trade union in Germany.

Amazon’s warehouses , which are futuristic hybrids of man-power and robotics are the focus of activists latest non-violent crusade for the climate. They’ve been blocking these fulfillment centres with the goal of throwing off Amazon’s expected Black Friday deliveries by 50%.

An Amazon representative said the company is committed to “net-zero carbon by 2040” and “providing excellent pay and benefits in a safe and modern work environment”.