Is there any entertainment to look forward to in this pandemic?

A summer without entertainment activities is like lemonade with no lemons -- there’s no point. COVID-19 is really bumming people out. No new movies in theaters. No concerts. It doesn’t feel like summer without being able to go out and have fun. The good news is it’s not all that bad. There are still many things to look forward to.

The most anticipated movies for this summer have either been postponed to a later date in 2020 or 2021, or have yet to determine a new release date. Due to the cancellation of movies during the pandemic, theatres have also been closed. Brittney Balment, a soon to be college graduate says, “It makes sense [for the movies to be postponed], if they release them now, they won’t get as much money because people prefer the cinema experience better.”

The movie that was most hyped is ‘Fast and Furious 9’. It is the ninth instalment in the franchise. This particular one will be about the crew coming together to fight an assassin, who also happens to be Dominic Toretto’s brother. It was initially slated for release on May 22, 2020, but has been postponed to April 2, 2021. The latest James Bond movie ‘No Time to Die’, starring Daniel Craig, has been pushed to November 25, 2020. It’s about spy James Bond on a mission to rescue a kidnapped scientist, while hunting a mysterious villain. According to Rotten Tomatoes, Christopher Nolan’s ‘Tenet’ has been delayed from its original release on August 12, 2020 with no new date announced. This action/thriller movie is about a spy who’s on a mission to fight for the survival of the world.

According to Chanda Rabnawaz, a student and a part-time worker, “The reason for going to theaters to watch movies rather than staying at home is to get the full experience and have fun with friends.” However, there are some movies that have been switched to being streamed online, on platforms like Netflix or Amazon Prime. ‘The SpongeBob Movie: Sponge on the Run’ was originally going to be in theaters on May 22, 2020, but will now be premiering on VOD (Video on Demand) with an unknown date. It’s about SpongeBob and Patrick on a trek to find Gary the snail who has been kidnapped.

According to Balment, if the movie theaters were to reopen, she would only go after knowing what kind of precautionary measures the cinema has in place. Cineplex is reopening in provinces that don’t have a major restrictions on physical distancing, such as Saskatchewan and Nova Scotia. The Canadian movie theatre chain is making new seating plans and being thorough with their cleaning to adhere to the circumstances. However, the government has made a limit on how many people are allowed in theaters. Saskatchewan is allowed up to 30 percent of people in the building, whereas Nova Scotia is allowed 50 percent which is 200 people.

As for Ontario, Dan McGrath, the chief operating officer of Cineplex has been in talks with the health ministry to get them to reconsider the number of moviegoers for when Ontario theatres re-open. “Unless we can get 50 people per auditorium, we’d be operating at a loss,” says McGrath. Currently for Ontario cinema’s, only 50 moviegoers will be allowed at a time in the building. 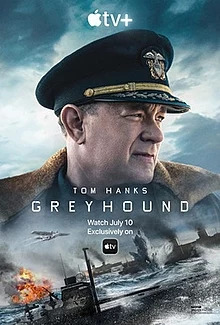 Entertainment reporter Anne Brodie, who has been covering movies for more than 30 years says, what’s going on is unprecedented, but she is also very impressed with how the industry has adapted. Film critics and interviewers are being provided with links to films by the studios which are strictly protected. She goes on to say that it’s a shame that films cannot be shown in theaters. For example, she says Tom Hanks movie ‘Greyhound’ a WWI drama, would’ve been better with the big screen and sound. Anne says “Instead and apparently against Hanks’ wishes, it is streaming on AppleTV+. It could have been held for future release.”

The health and safety of my fans, team, cast and crew is the most important thing for me. The world is a scary place but we will all figure this out together. We held on to these dates as long as we could and I cannot wait to see all of you in person as soon as I can. Be safe pic.twitter.com/poFd9pQGSN

We love you guys and we are praying for everyone’s safety and wellness. We’ll see you soon ❤️ pic.twitter.com/4qxqdXSl1f

Festivals to Look Forward To

The Cannes Film Festival, arguably one of the biggest events in the industry, was also cancelled this year. Typically, films that are selected and screened at Cannes receive a lot of recognition. Nevertheless, there are still plenty of events happening in Ontario that you should keep an eye out for.

The Toronto International Film Festival has found some solutions and will be happening on September 10-19. This year there will be a total of 50 feature films, along with five short films. Compared to last year where there were about 333 feature films. The festival will have limited physical screenings, digital and drive-in screenings, along with a virtual red carpet. Brodie says “I was told by a publicist in Los Angeles that stars, P.R.S, producers and fun seekers are in no hurry to get on planes to come here.”

Lisa Macleod, Minister of Heritage, Sport, Tourism and Culture Industries announced that the government is giving Ontario Place $2 million dollars to host festivals and activities. The money funded will help to support activities such as festivals and events. “As we gradually reopen the province, Ontario Place offers exciting opportunities to safely come together to enjoy arts and culture experiences, while supporting the province's economic recovery,” says Macleod.

The line up at Ontario Place for the summer includes the Lavazza Drive-In Festival that will feature new international films from around the world. The Toronto Shines event will have live entertainment along with comedy, classic and current films showing. There’s also a new project  by the city which is the DriveInTO program. It offers movies for free in a collaboration with Hot Docs, imagineNative, and TIFF. Despite the pandemic there’s still a lot to look forward to.

It may feel like our sources of entertainment have lessened, but really most of them have just shifted to different formats. There’s a plethora of events to look forward to, even in the midst of this pandemic. You still have the opportunity to go out and enjoy the summer. Of course, if you prefer to stay inside, then there are other ways to keep yourself entertained, thanks to Netflix, Amazon Prime, AppleTV+, and Disney Plus. “Streaming is the source of entertainment, education, culture expansion, art, literature, enlightenment and fun,” says Brodie. In a time when everything is done online, there has never been a time better to make use of it. There can never be any shortage of entertainment.

For Jesse Ryan, his musical journey begins when the vibrant sounds of steel pans and drums flows through his ears and then his veins. At a young age, Ryan is ready to charter his career [Read More]

Working During the Pandemic: One Student’s Story

Monica Torres is picking up extra hours at Skechers to support her mother who lost her job due to COVID-19. Monica’s mother, Julia Torres is one of three million people in Canada who have been [Read More]