Guyana --- The Land of Many Waters and Problems?

Bordering Brazil and Venezuela, Guyana is a small country in South America, with a population that sits under one million. Ironically, while the country is rich with natural resources, 54% of its citizens live below the poverty line. According to Our World in Data the country, year by year sees an increase of child marriages, poverty, drug/alchol abuse, and most importantly the rise of suicide rates among youth. In the most recent report by the World Health Organization, Guyana was cited as first in suicides per capita worldwide with 44.2 suicides per every 100,000 deaths, four times the global average.

Rani Rama, a Guyanese native now in Canada, saw first hand the rise in suicide rates, alongside drug and alcohol abuse. She says, she’s always wanted to be a part of a change to make Guyana better, starting with the younger generation.  And in 2010, that's exactly what she did. She founded Canje Development Foundation Inc, a non-profit organization with a mission to provide educational, recreational, and cultural facilities for the children of Canje, Guyana. Most of all, she tells me, she wanted to let the youth and young adults of Guyana know that they are allowed to dream.“The majority of children in Guyana do not know they are allowed to dream'', she tells me, forcing them to live in a repetitive toxic cycle their parents previously did. Rama believes this cycle can be broken with the implementation of recreational and cultural facilities in order for the youth of Canje to have different outlets to immerse themselves in and have better opportunities.

Rani tells me there is a survival mentality among the youth within the 54% that live below the poverty line, which revolves around getting a good enough job, whatever it may be, to take care of their family. And while that's fine, Rani says this mentality has created and kept the toxic cycle of school dropouts, suicide, as well as drug and alcohol abuse alive.

“When kids do not have positive avenues to apply themselves, they find negative ones to fill the time” - Rani Rama

One of the main contributing factors are due to the lack of avenues and outlets afforded for its citizens. While here in Canada, there are facilities that promote extracurriculars and various outlets for children, for Guyana, specifically the village of Canje, Rani says “there is none… there isn’t even a movie theatre”.

In light of this, she has had to crowd-fund throughout Guyana and been able to build a park, where families can now spend time together and most importantly children can now have somewhere to go after school. “For the first time families could go out together and join in on a positive way to spend their time”, Rani says. 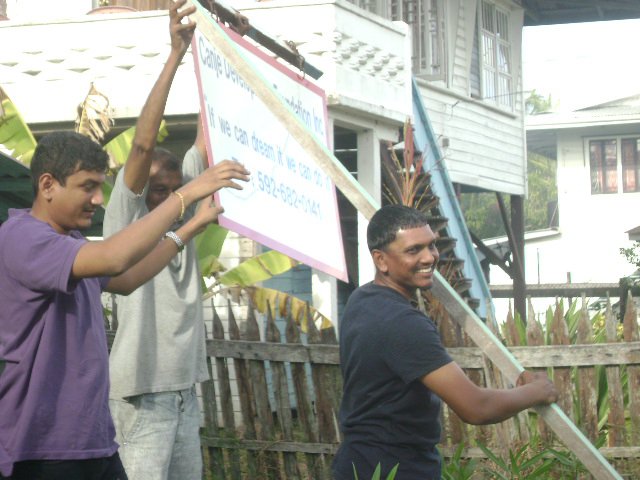 Alongside the park, which has now been redeveloped by multiple companies and organizations in Guyana. Canje Development Foundation Inc has donated recreational equipment to schools, started computer programs for the youth, and held multiple fundraisers to further assist the issues at hand.

The Future of Canje Development Foundation

Rani expected to hold a fundraiser event here in Canada, which would go into buying toys and educational tools for the youth of Canje, but due to COVID-19 she had to cancel the event. Nevertheless, she wants continue to grow Canje Development Foundation Inc, so that across Guyana there are positive avenues children can immerse themselves in, breaking a toxic cycle that has been a part of the culture of Guyana.