Winter weather can affect driving conditions in a lot of ways. Whether is be stopping distance, visibility, or the overall reliability of your vehicle. Here are some driving tips from the Canadian Automobile Association (CAA). 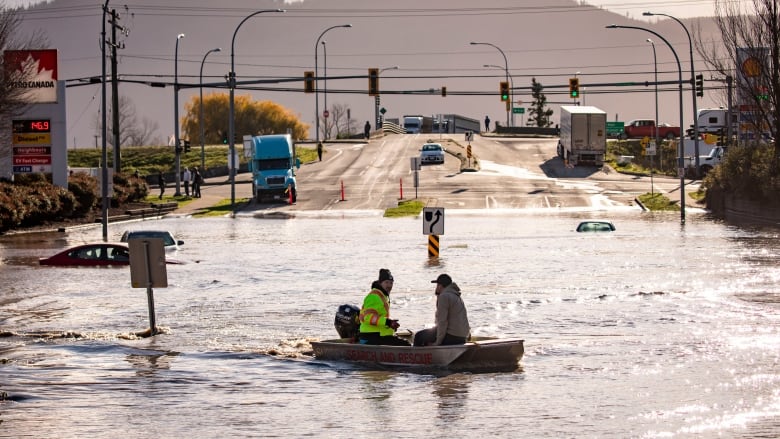 After two devastating storms that took several lives away in B.C., the province is now all set to use a national emergency alert system. This decision comes after the damage suspected by third in a trio of ongoing storms that pose a threat to life and safety of people.

Alert ready is a Canada-wide system that is used to issue public safety alerts through major television and radio broadcaster, as well as compatible wireless devices. B.C. faced criticism for not using it during deadly natural disaster this year.

As of today, residents of another handful of properties in Abbotsford, B.C., were ordered to evacuate late Sunday night while some others were placed on evacuation of alert due to the continuing flood threat. In the meantime, crews in the city, including members of the Canadian military worked through the night to pump water into tiger dams that have been set up in a desperate effort to try to hold back floodwaters from the Sumas river. A state of emergency was declared by the District of Hope, while new evacuation orders were issued in parts of Abbotsford and west of Merritt.

The third storm in the series of devastating storms is forecast to arrive on Tuesday and Wednesday. Officials have warned that this could possibly be the worst one yet. Due to this, uncertain conditions on local highways have led to more closures and warnings for the drivers. Some highway stretches were open to essential travel, and many were closed again over the weekend as a pre-emptive measure or because of increased flooding.

All I want for Christmas.. weather whiplash?

Winter is coming or should we be saying Winter is here!

Toronto had its first snowfall of the season on Sunday and saw between 8 to 14 cm of snow. It seems that many have forgotten how to drive during the winter while others were excited to see the first snowfall.

Ontario Provincial Police received numerous reports of crashes on Highways 401, 403, 404, 407, 410 and the Queen Elizabeth Way. Drivers coming in from Kingston took almost double the amount of time to get into the GTA due to the weather. 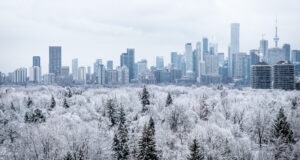 The Weather Network's 2021-2022 Winter Forecast is in and it seems some parts of Canada will be experiencing a chilly winter while others will enjoy a cozy one.

"Canadians should be prepared for winter weather whiplash over the coming months," said Chris Scott, Chief Meteorologist at The Weather Network.

Central and Eastern Canada can except average to above normal temperatures while Western Canada will be below normal average.

According to the Weather Network's 2021-2022 Winter Forecast here is what can be expected across the country this winter:

British Columbia
A stormy pattern is expected to continue across southern B.C. with above normal precipitation. This will bring an abundance of snow to the alpine regions, and at times significant snowfall across lower elevations as well, setting the stage for an extended ski season. Colder than normal temperatures are expected to dominate the season, especially during January and February, and linger well into March.

Ontario and Quebec
A 'come and go' winter is expected with periods of stormy winter weather, followed by extended periods of mild weather, including a prolonged thaw for southern areas. An active storm track will bring an abundance of snow to much of the region, but many storm systems will bring a messy mix of snow, ice and rain, especially across southern areas. While December should bring a period of traditional early winter weather, the heart of the season will lack persistent severe cold.

Atlantic Canada
A mild pattern is expected to dominate across the region this winter with above normal temperatures overall, especially during January and February. Our forecast calls for near normal precipitation, but parts of the Maritimes could see below normal snowfall totals as many systems will bring a mix of snow, ice and rain to the region.

According to the Winter Forecast, it seems we’re very much in luck as December will bring in some snow as well as freezing cold. Make sure to have some hot chocolate and some blankets while staying warm inside to enjoy the beautiful scenery of a possible white Christmas for 2022.