It’s fair to say that there are parts of our daily routine that we take for granted, as they would have been all but impossible a few decades ago. I was born in 1992, with my formative years coming around the turn of the millennium. When I use the internet browser on my Smart TV, watch movies on Netflix, and get live sports updates on my smartphone, a part of me is thrown into sharp relief – the part of me the remembers when “internet” entailed “computer”, “movie” meant either “cineplex” or “rogers video”, and when pictures and movies were taken on two completely different devices, each costing an arm and a leg (and, where camcorders are involved, shoulder).

The fact is that modern convenience has boiled down the function of a whole house worth of consumer goods – your cameras, camcorders, media players, stereos, and etc – into a few lightweight devices. Courtesy of Wi-Fi, the “internet of things” phenomenon has seen the proliferation of internet integration throughout society, ensuring we are always connected in some way or another.

Yes, the state of technology is constantly changing – as they say, “out with the old, in with the new”. But even old technology still has a purpose, right? Planned Obsolescence says otherwise.

Planned Obsolescence is nothing new. The idea was conceived as a marketing concept as early as 1928 by the husband and wife duo of Christine and Justus George Frederick. Justus was a business executive and Christine a home economist, both of whom carried an interest in the scientific management theories of industrial efficiency expert Frederick Winslow Taylor. The intention was to assist the consistency of the industrial economy by de-saturating the market from goods which were built to last, instead reconsidering the intentional obsolescence of goods, what they termed “creative waste”. Planned obsolescence is, in essence, placing a predetermined failure date on consumer goods in order to keep the economy stimulated with the need to replace goods which have exceeded their capacity to function, as was their design.

This business strategy gained criticism over time. Political activist Ralph Nader founded the U.S PIRG (Public Interest Research Group) in 1971 to support consumer rights, spurring the creation of the Right-to-Repair movement. In the last decade, proponents of the Right-to-Repair movement, including Consumer Reports, have taken umbrage with corporations like Apple for their influential design ethos. In this example, ‘influential’ is not a compliment. Apple’s design philosophy since the introduction of the iPhone back in 2007 has been defined as sleek, modern, and ultimately disposable. That bright and shiny exterior is nearly impossible to disassemble with conventional tooling, because Apple never intended their users to carry out repairs on their own. One of the major allies to this movement is Gay Gordon-Byrne, executive director of The Repair Organization, a grassroots advocacy group on the front lines of the fight for consumer rights leglisation.

The problem with planned obsolescence, Gay explained, is that it is detrimental to the environment and exploits the consumer. Imagine buying a flashlight with a built-in battery that can’t be replaced. Now imagine getting sued for trying! Now imagine all these flashlights getting dumped into landfills when they reach their end-of-life. Not helping matters is the fact that Apple actively rejects any attempt at recycling old products – a facet of Apple’s corporate desire for complete control of their product, just like how you can’t officially own an Adobe software program anymore.

Apple are not the only corporation to practice planned obsolescence as a business strategy, as companies like Samsung, and LG have all helped make irreversible software updates and faulty electronic regulation common issues in today’s electronics and consumer goods markets. However, with nearly 200 million iPhones sold last year and over 1 billion active users, they are by far the most prominent.

Gay mentioned that different industries have been affected by this ideology in the past. He stated that as early as 1992, independent mechanics in the auto industry were already struggling to repair cars with mandated EPA emissions computers, computers which were difficult to acquire. Right-to-repair legislation for the industry was organized in congress by 2000. That same year, mainframe computers in the IT space were becoming repair-monopolized, and by 2010, repair monopolies were common among servers, storage, and networking equipment.   Cell phones became repair monopolized at roughly the same time, and using similar tactics.

Furthermore, the failure of the EPA to mandate repairable products, outdated recycling requirements for electronics, and the unprofitable nature of recycling have contributed to increased e-waste and pollution. Gay writes, “The UN estimates that roughly 80% of all the environmental costs of electronics are the result of the production of the product and not use.   It is basic math to calculate that the more things stay in use and out of the trash — the better.   More repair=less waste.”

In the end, we need to the government to pass pro-consumer policies and begin initiatives which will reduce the global amount of e-waste. We are moving into an age of post-capitalism, (hopefully) not post-earth. 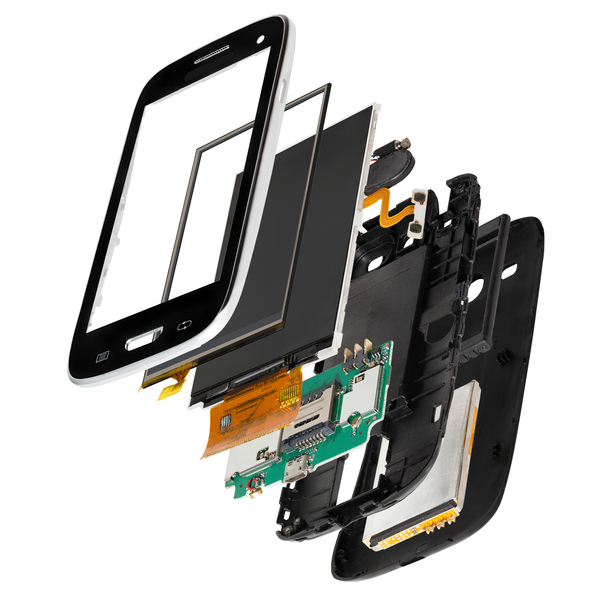