The Mental Health Index report for Canada, released in December 2020 by Morneau Shepell, shows a significant decrease in the mental health of Canadians while working during the COVID-19 pandemic.

“At the start of the pandemic, it was pretty much almost every night," says Alexandra Godina. "When I was first working during the first month of being an essential worker, I was waking up every night with cold sweats and couldn’t sleep.”

When Godina addressed the situation to her employer, she says her needs weren’t taken seriously.

“Two of my employers were making fun of my anxiety and panic disorder. And they said some really not nice things about how I don’t take anything seriously and just always have panic attacks," says Godina.

Godina hoped her employer would be accommodating and flexible with her mental health needs. Instead, she experienced additional stress from her employer.

Godina is one of many Canadian employees navigating increased mental strain

The Mental health Index report concludes out of folks who considered leaving their job, 53% say they considered leaving due to mental stress/strain from work. Another 24% say it is because of how their employer’s handled pandemic protocols.

Plus, a recent study by Ipsos reported that Canadians from the ages 18-34 in specific regions such as Saskatchewan, Manitoba, and Ontario are suffering a massive increase of stress and anxiety. This includes anxiety in the workplace and homeschooling. 56% of people say their anxiety is heavier because of this pandemic. Also in this study, 58% of women go through more stress and anxiety than men  (52%).

In January 2020, Statistics Canada says 52% of Canadians identified with a mental health-related disability believed they were disadvantaged in employment.

“I do really feel though there is a lack of advocacy from our associations,” says Godina.

Godina is in contact with the Ontario Association of Veterinary Technicians board members. She will be offering solutions on how to improve mental health support for their staff. 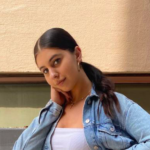 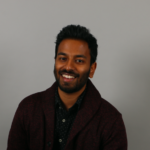 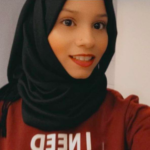