It is hard to accept the fact that COVID-19 endangered not only physical health but also mental. People around the world have suffered from being either infected by the virus or depressed sitting at home. For Dilnaz Mustafina the second option wasn’t an exception. Dilnaz is a Vancouver student. During the pandemic like other Canadian students, she stuck in her room all alone far away from her family. It was difficult to get used to staying at home, studying remotely and seeing the only person alive, which was me in the mirror, said Dilnaz. After one month of quarantining, she started feeling negative emotions, but mainly an every morning anxiety. To find a solution to the problem, Dilnaz researched anxiety disorder blogs and read mental health literature. But it was hopeless, until one day she got an idea to try something new. 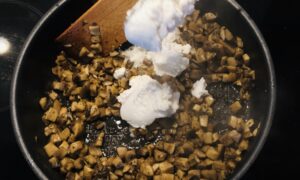 Dilnaz didn’t cook much before, but she always was curious to test her cooking skills. So, her free time during the quarantine became a perfect excuse to learn how to cook and distract herself from negative thoughts. That way Dilnaz began to explore the new world of healthy recipes. It was hard in the beginning but as soon as she got into the process. It became a whole mediation session for her. Cooking healthy food especially gave Dilnaz a new experience. Previously she didn’t try to prepare dinner by adding “exotic” ingredients such as artichoke syrup, Goji berries or coconut milk. But in the present, she isn’t afraid to experiment with taste, which led to mushrooms with coconut milk turning out a great mix.

The first week of cooking went by and Dilnaz already saw the result from it. First, she cooked all her meals herself, which made her stop ordering food. Second, the food that she prepared was either gluten-free or dairy-free or even both. 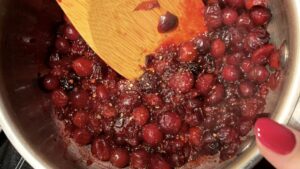 Third, and the most important point is that she stopped feeling anxiety. When previously, Dilnaz could wake up and spend an hour blaming herself then the next hour crying for being helpless. Now the cooking time makes her start the day on a positive note. Deciding what new recipe Dilnaz should start to make. She immediately forgets all anxiety that has plagued her since the beginning of quarantine.

Dr. Katherine Perdue is a Professor of Gender History and Sexuality Science at York University, she is also a registered psychotherapist. The story of Dilnaz was similar to Dr. Perdue as most of her patients came with the same problem. She says that the pandemic hits in a way it gets to a person and to cope with that, people use some of the good ways as Dilnaz with cooking or some of the bad ways as people drinking alcohol. 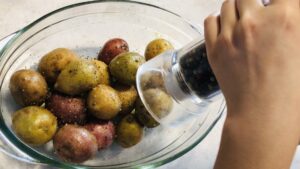 From then on, cooking became Dilnaz a lifebuoy from mental health issues. The journey that she went through inspired her to create a food blog on Instagram. Where Dilnaz could share her favourite healthy recipes and spread mental health awareness on her page.