Racism is an issue that has been going on since the beginning of humanity. Nowadays people seem to overlook this at times. Racism is still alive, and it is spread in more ways than imaginable with social media being a big way people connect with each other now. The key word is connection. With many things uniting people through communication and togetherness, there are also negative routes in which people can connect. Sports is regarded and looked at as a way that anyone can connect through no matter what their age or fitness is like. Sports are supposed to be fun.

Although playing sports is looked at as a way of uniting people worldwide, there are also negative things such as racism in sports. Yes, racism can be found and committed in sports. This can be from other people on opposite teams, or this can be from fans in the crowd. This can also be from random people playing sports. It is very difficult for athletes to deal with any type of criticism, and sometimes these athletes have the mindset to where they expect hate comments to be thrown at them as “friendly competition” whilst playing, but these words can cut deeper than any physical pain, and this is a major issue since these hate comments and negative words can be traumatizing and sometimes, in serious cases, life-altering. 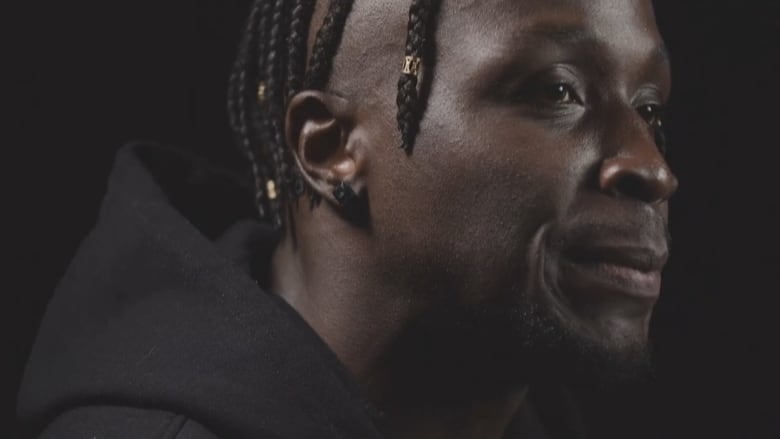 Andrew Jean-Baptiste from Winnipeg Valour FC is one of more than a dozen current and former athletes featured in a new video created to educate people about racism in sport. (Anti Racism in Sport WPG/YouTube)

The video, produced by the Anti-Racism in Sport Campaign, features a range of professional and university athletes, including Andrew Jean-Baptiste from Winnipeg Valour FC and retired Winnipeg Blue Bomber Ibrahim (Obby) Khan. In the video, you can hear from their perspective how they have been affected by the racism.

In one of the first stories in the video, Jean-Baptiste talks about an incident in which the fans in the stands started shouting the N-word at him and his teammates while they were on the field playing soccer.

Gode Katembo, who plays soccer for Canadian Mennonite University, talks about a troubling comment from one of his coaches and how it impacted him.

“I didn’t even know who to go to, so I remember walking off the field — it was ninetieth minute. I was tearing up just crying because I couldn’t express myself,” he says in the video.

The short video is below:

In an interview with CBC News, Katembo said that he’s glad that people are now talking about the issue since in the past, many athletes didn’t have an outlet.

“Back then, there was nobody talking about it, even though racism did exist,” he said.

Another student from Ontario is Joshua Telemaque who, just like Katembo, went through an act of racism, but this was off the field.

Telemaque who plays football for the University of Carleton experienced an act of racism when his yearbook quote was altered. The original quote was supposed to be a tribute to his grandmother who had passed away almost a decade ago.

After all of this, there is still positive news for these athletes. Just like Katembo, Telemaque also mentioned that he still found positives in his situation, and he used his difficult experience as fuel for himself in life and sports.

He said: “Honestly just know that you’re not alone, there’s always someone there for you, and don’t be shy to seek support whether its from your peers or even your parents or someone who deals with those things like a counselor. or something like that. just seek the help needed and it will be given.”

Although racism is a serious matter in sports, there is still hope. Athletes or anyone at all that enjoys sports should be able to express themselves without judgement because sports unify us.