How one woman lent her hand to carry her community’s racial trauma and transform it into power and unity.

“People might seem that they are on your side but are they actually willing to do the work to change the environment? or is it just a theatrical performance to make themselves look good?” These were the words that Ovie Onagbeboma uttered as she spoke about racial experiences in the workplace. In order to understand what encouraged these words, I had to take a deeper look into who Onagbeboma actually is?

Onagbeboma is a 40-year-old nurse who has been in the medical field for more than 14 years. She worked for the West Park Health Care center before getting laid off and now she’s a clinical manager in Complex Continuing Care. Onagbeboma is also the co-founder of The Canadian Black Nurses Alliance (CBNA) which she describes as a safe haven for black nurses that are often discriminated against in the workplace. In late 2018, Onagbeboma was laid off due to downsizing and budgeting issues. It baffled her because she felt that she was a lot more experienced than some of her white peers who kept their jobs. As soon as the pandemic hit, they started calling nurses back, and yet she never received that phone call.

Onagbeboma also opens up about her personal traumas as she goes on to say
“I wasn’t included at tables where decisions were being made that Impacted our lives and I was in a leading position … I have also experienced isolation, not being supported, bullying, harassment, and my voice was muted.”
According to her, this was the norm for a huge percentage of black nurses who had always felt undermined and treated less than their peers.

Another member of the CBNA named Andrea Barnett also gave an account of her personal trauma. In the early stages of becoming a nurse, the microaggressions from her supervisors were clearly visible to her. She said it felt like she was singled out by her peers as she was always much more heavily supervised. It made her feel like she wasn’t trusted as much as the others and was deemed incapable. The idea of incapability stemmed from racist ideologies as Onagbeboma described in her student years. She goes on to talk about a specific nursing professor who had a pattern of failing minorities whilst spewing racial comments. It came to the point where the students reunited and filed a group complaint to the point that the professor had to resign. Onagbeboma gave another example of a specific experience at the job she was laid off. She opens up about applying for a promotion to a managerial position at the time. She had this to say 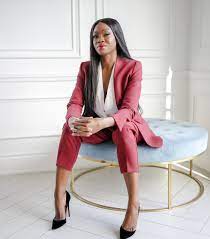 “The Director at the time asked me if I considered the impact being a manager would have on my family. Is that a common question? … It would not have been asked of a white person. I can say honestly that a white person would have been succession planned into those positions, tapped on the shoulder, apply! it’s already yours! but just go through the interview process.”

Onagbeboma took all those disappointments and built an organization that she is extremely proud of which is quite remarkable. She took the pain of her people and turned it into triumph as she likes to put it. She states that everything happens for a reason and she feels like she has now tapped into her true purpose with CBNA. An organization that feels like home to people of color where you are loved, heard, supported, and respected. It’s also open to any African-American medical professional longing for a sense of community with a free membership on its website. https://canadianblacknursesalliance.org

Find more about Ovie through the Bold, Brave, and Black podcast link below